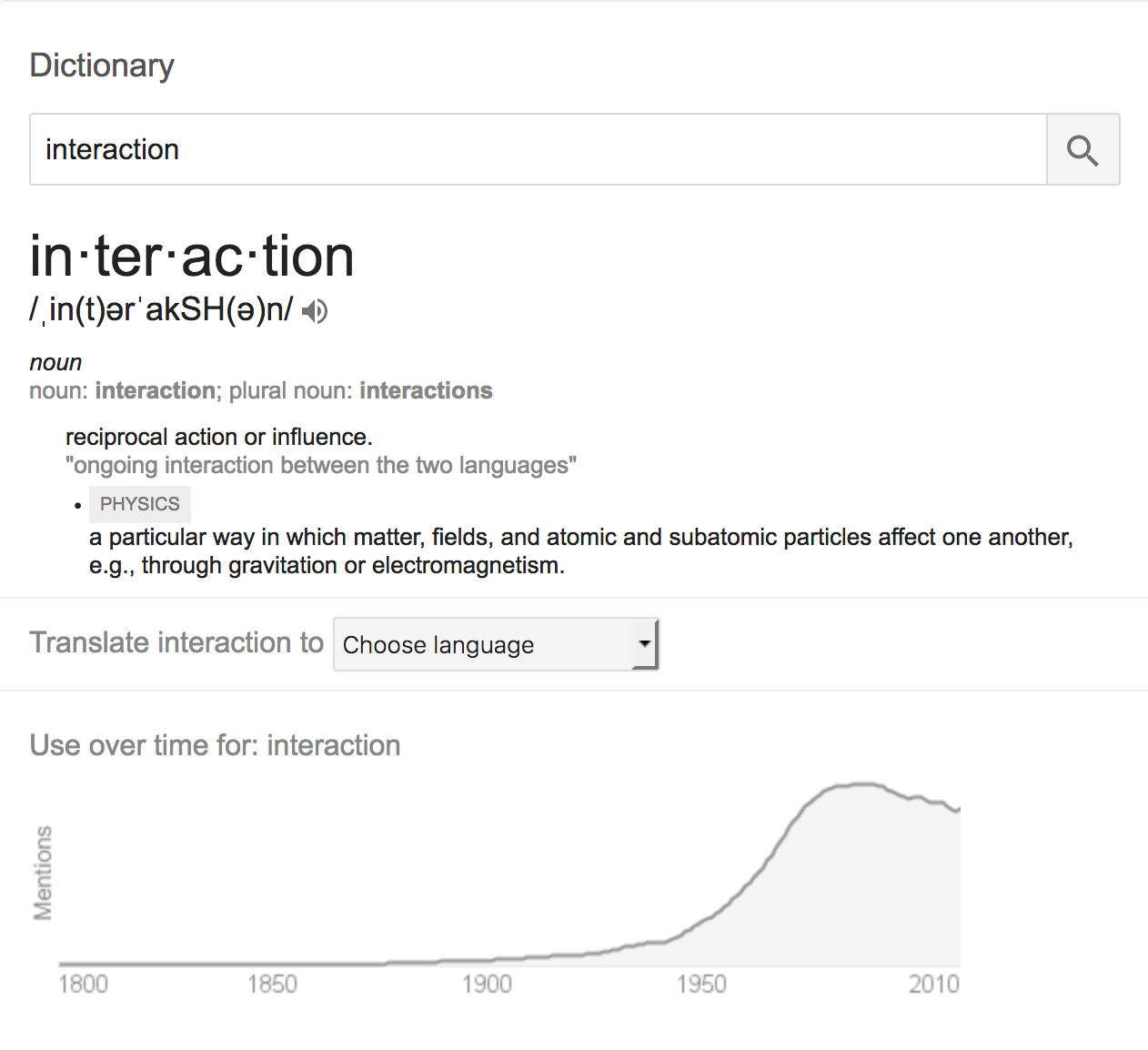 What is interaction? As a non-native English speaker,  I started from looking up dictionary to answer this question. 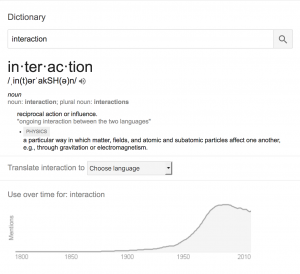 The word seems to be popular since 1960s.  Sketchpad (a.k.a. Robot Draftsman) was a revolutionary computer program written by Ivan Sutherland, It pioneered the way for human–computer interaction (HCI) in 1963.

After first class of Physical Computing and reading both Chris Crawford and Bret Victor’s articles, my answer is:  Physical interaction is similar as I/O process, but cycling. It is a cyclic process in at least two actors alternately in five senses (taste, sight, touch, smell, and hearing) and there is a black box to generate reactions or feedback to each other.

I believe that it is because the limitation of technology.  For example, we still used to create 3D objects in a 2D environment. But, it is not instinct. By latest technology, people can do the same work in an interactive way like Google Blocks.

So, I think a good physical interaction not only need to be intuition, but also keep in mind that reactions are hard to fake; feedback is hard to give.